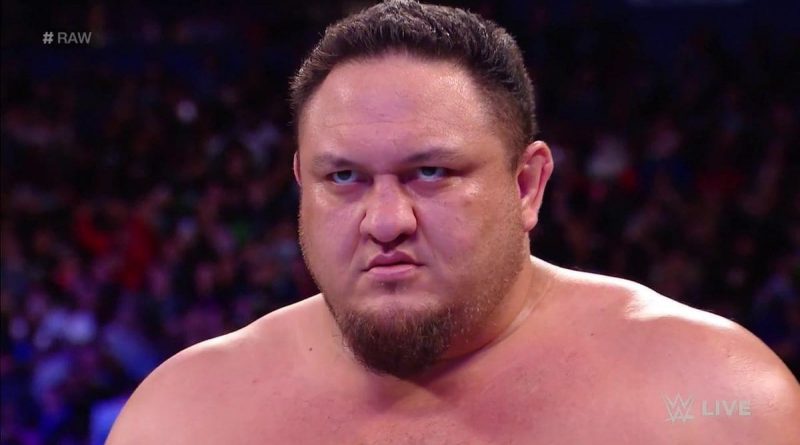 Check out what Samoa Joe looked like when being younger, net worth, body statistics, and more facts!

Samoa Joe is a well-known professional wrestler from America who is currently signed to WWE, where he performs on the Raw brand. He has previously worked with Total Nonstop Action Wrestling (TNA) and Ring of Honor (ROH) promotions.

Samoa Joe has been very successful throughout the years.

Samoa Joe started his professional wrestling career in 2000 when he signed with Ultimate Pro Wrestling. He initially feuded with John Cena and went on to become the youngest UPW Heavyweight Champion. The following year, he went to Japan to wrestle at Pro Wrestling Zero-One promotion. He participated in a number of their biggest shows and tournaments and became the inaugural NWA Intercontinental Tag Team Champions.

Check out if Samoa Joe is married and other interesting family information.

Samoa Joe got married to his wife Jessica Seanoa in 2007. His close friends include fellow wrestlers CM Punk, Homicide, Christopher Daniels, and AJ Styles. Joe avidly trains in Brazilian jiu-jitsu, judo, and Muay Thai. Joe was seen in the American version of the television show Distraction.

No matter what your background or where you are from, the one thing we can all respect is when great athletes and great passion leads to great achievements.

I don’t care where you go or what company you work for – and I’ve pretty much worked for them all – WWE by far is the most brutal road schedule in the world. It takes a special kind of individual to navigate that and be able to thrive in that environment. It’s a challenge that I’ve enjoyed.

I think something that escapes a lot of people is my entire career… I call myself the ‘often unwanted’ because when I got to Ring of Honor, I was told it was supposed to be one-off deal.

It’s all about starting momentum, hitting the ground running, and starting out hot.