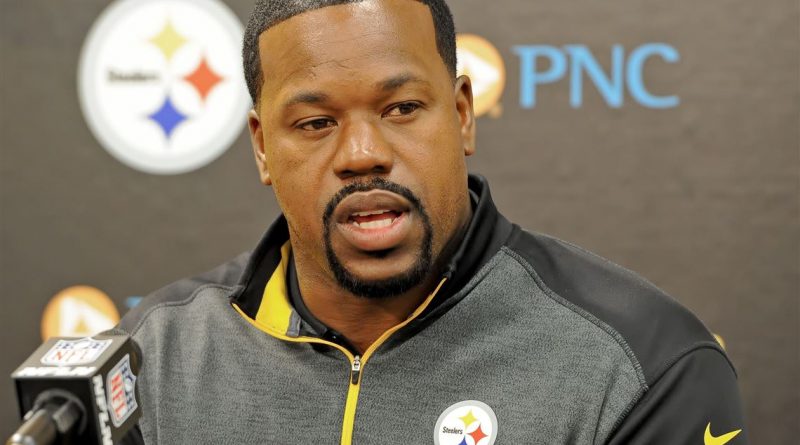 Check out what Joey Porter looked like when being younger, net worth, body statistics, and more facts!

Joey Porter is one of the most famous professional American Football linebackers, and he is one of the players to play most of the NFL seasons as he has played 13 NFL seasons. He is also the former outside linebackers coach for the NFL team named Pittsburgh Steelers. He had also earned a Super Bowl ring when he was with the Steelers in the Super Bowl XL. He earned this ring while he was playing against Seattle Seahawks.

Joey Porter has been very successful throughout the years.

Joey was selected in Pittsburgh Steelers in the third round during the year 1999 in the NFL Draft, and he was the eighth linebacker.

Check out if Joey Porter is married and other interesting family information.

Talking about Joey’s personal life, he is married to his wife, Charity, and they also four children together. Joey, Jacob, Jasmin, and Jayla. His eldest son, Joey Jacob Jr., is the member of the Penn State Nittany Lions Football team. On January 8, 2017, it was reported that Porter was arrested at The Flats on the Southside, a bar situated in Pittsburgh’s South Side neighborhood. He was first charged with aggravated assault and public drunkenness. Later, when significant charges were dropped, he was reinstated in the team.