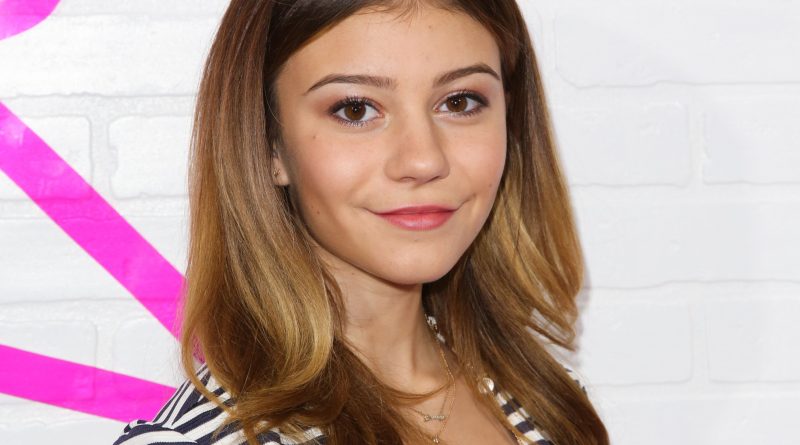 Check out what G Hannelius looked like when being younger, net worth, body statistics, and more facts!

American actress and singer G Hannelius is popular in the three-time Emmy winning Disney sitcom ‘Dog with a blog’ for her role as ‘Avery Jennings.’ She was recently seen acting in the original Netflix show “American Vandal” Apart from her career as an actress, she is also an entrepreneur. She also had recurring roles in the Disney Channel series ‘Sonny with a Chance’ and ‘Good luck Charlie’.

G Hannelius has been very successful throughout the years.

Check out if G Hannelius is married and other interesting family information.

She was first nicknamed as “Baby G” which was later shortened to “G”. Apart from her career as an Actress, she is also a singer and a tech entrepreneur. She started “Make Me Nails” in 2013, which sells customized nail wraps. She has a Youtube channel with 180k subscribers and an instagram handle “ghannelius” with 2.9 million followers.

With the Internet and social media being a huge part of today’s culture, I think it’s super important to promote staying smart online.

My mom is just so good with fashion! She always tells me what looks good, what doesn’t look good, and she gives me great advice.

One of my favorite things about playing Avery Jennings on ‘Dog With a Blog’ is that I get to play a real teenager who deals with everyday issues.

Illegal downloading, digital cheating, and cutting and pasting other people’s stuff may be easy, but that doesn’t make those activities right.