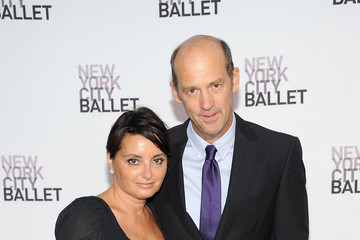 Check out what Anthony Edwards looked like when being younger, net worth, body statistics, and more facts!

Anthony Edwards is an actor and director. He is known for his role as Dr. Mark Greene in ER, for which he has received a Golden Globe award and 6 Screen Actors Guild awards. He was also nominated for four consecutive Primetime Emmy Awards. He has also appeared in movies and television shows such as Top Gun, Miracle Mile, Designated Survivor, etc.

Anthony Edwards has been very successful throughout the years.

One of his early roles was with his sister Helen Hunt in a TV series titled ‘It Takes Two”. Then in 1982, he briefly appeared in a movie titled “Fast Times at Ridgemont High.”

Check out if Anthony Edwards is married and other interesting family information.

He was married to Jeanine Lobell for 21 years. They tied the knot in 1994 before divorcing in 2015. The couple has three daughters and one son. They resided in New York City. His wife founded the Stila cosmetics line, which she later sold to Estee Lauder in 1999. Anthony Edwards also serves as the chairman of Shoes4Africa, which is a non-profit organization that donates shoes to Kenyan athletes.

You know, you never say never because before I did ‘ER,’ I always said ‘I’ll never do a TV series,’ so that’s what I said.

I didn’t start jogging or running until I was 37 years old. It was something that really helped me change my life.

Knock wood, but I started acting professionally when I was 16, and I’ve always been able to support myself since then.

I did tons of theater in school, and then when I was 16 and got my driver’s license, I started driving to Los Angeles, along with my friend Eric Stoltz, who was a year ahead of me and was doing the same thing. So we had the same manager, and we started auditioning for things and doing commercials when we were 16.

My family had all kinds of complications in relationships. I would like to meet the person who did not. Since when is being absolutely perfect what being a human is? What do we gain from that?